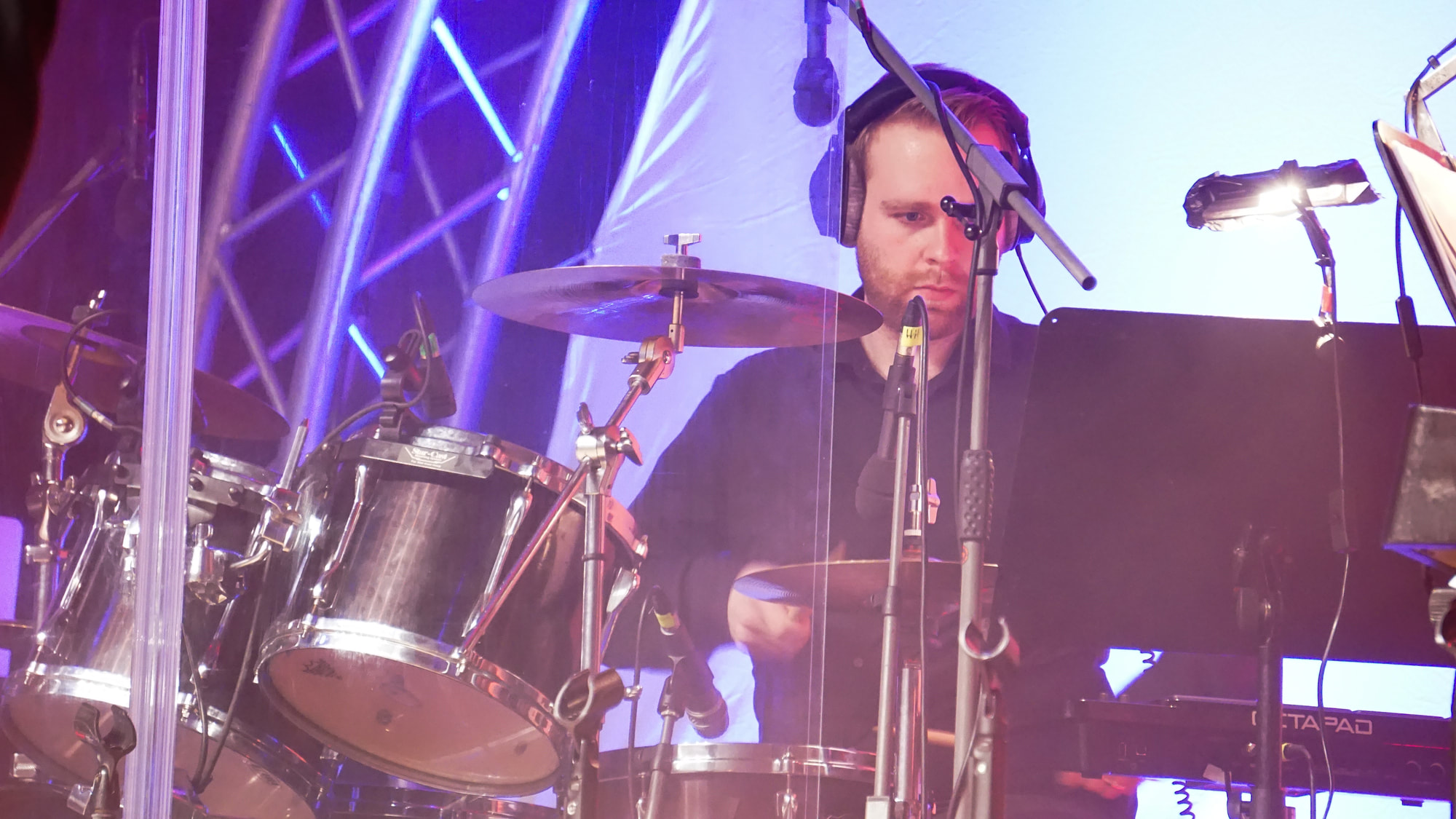 The band of 11 includes punchy brass section dbhorns (And Finally Phil Collins…, and The Best Of Wham) and lavish strings from midlands-based Artume Quartet.

The concept, conceived by Stephen Coetzee, the drummer on the track, was inspired by the many collaborations performed by musicians around the globe during the COVID-19 pandemic. Stephen is hoping that the track, recorded in support of musicians, artists, actors and others in the Creative Arts, will raise awareness of the benefits of music and the value of artists in society.

Stephen said: “I wanted to create a project with a select group of colleagues, past and present, who I have really enjoyed making music with – we are all in the same situation together, with our industry not likely to be up and running again until 2021.”

The Lou Reed song was recorded for his 1972 album Transformer, and has since gone on to feature in the film Trainspotting, starring Ewen McGregor and Robert Carlyle. It is probably better known, however, for its star-studded version in 1997; the line-up of which included Elton John, David Bowie, Boyzone, Tom Jones and Lou Reed himself.

Stephen continued, “There are not many versions of this song, which in itself, presented a great opportunity for us. I feel we reinvented Reed’s somewhat melancholic, yet heart-warming, ballad, and added a level of ‘sweetness’ to it, much thanks to Michael Maddock’s superb brass and string arrangements.”

Perfect Day 2020 is raising awareness and support for artists in the music industry. Donations are going to the project and Help Musicians, an organisation which has been doing fantastic work assisting musicians during this difficult time. You can use the portal below to make a donation in just a few simple clicks. We thank you in advance for your generosity.